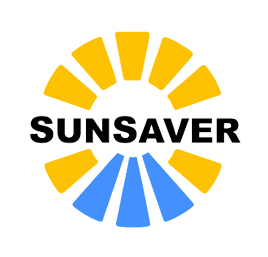 SAVE ON SELECTED ITEMS

Why is my power bank taking so long to charge?

If your power bank has a massive battery capacity, it probably feels like it takes a painfully long time to recharge once you have drained it.  However, if it is taking much longer than expected, there is likely a simple reason why…

A power banks rated input current indicates the maximum rate that it can recharge at, and is the limiting factor. Most portable power banks recharge at a rate somewhere between 1.0 and 3.0 Amps. Therefore, this rating determines your power banks minimum recharge time.

For example: The SunSaver Classic has a rated input current of 2 Amps, and a 16 Amp-hour battery. So, in theory it can be recharged in 8 hours (16Ah / 2A) from a USB power supply.

How you charge the power bank, and the accessories you use, will determine the actual time that the power bank will take to recharge.

To illustrate, when charging from a USB wall plug, there are 3 different components at work; the wall plug, charging cable, and power bank. All of which may be rated with a different charging current. In this instance, the component with the lowest current determines the actual recharge time for the power bank.

For example: If you were charging the SunSaver Classic this way and the USB cable was rated at 1.8 Amps, but the USB adapter was only rated at 0.5 Amps, the power bank will take 32 hours to recharge (16A / 0.5Ah).

Some high spec power banks, such as the SunSaver 24K, feature 2 USB inputs, which can be used at the same time to increase the charging speed. For instance the SunSaver 24K has a 2 Amp and a 3 Amp input, which means that its rated charging current is 5 Amps.

So, to minimise the charging time when charging from a wall socket or your vehicles 12-Volt power supply, make sure that all your charging components are rated to the same Amps, or higher, of your power banks input.

Some power banks, such as a SunSaver solar power bank have their own built-on solar panel. However, because of the relatively small size of the solar panel, this can be a very slow way to recharge the power bank. Nevertheless, this is still a useful feature, as one day of good solar charging can provide enough power for an hour or so of phone use, so it is great as an emergency back-up function.

A simple way to recharge a power bank faster from the sun is to use a USB solar panel charger, such as the 6.4-Watt SunSaver Power-Flex, or the 14-Watt SunSaver Super-Flex. Of course, the actual output of the solar panels is dependent on weather conditions and location.